What brought me here?  To this small town, to this old house, to these people?  I have never been afraid to close old doors and open new ones–but perhaps it was the butterfly flapping its wings in China that started it all.  Have I truly found a place to call home?  It has all the right elements–age, character, funk…oh, I don’t know it just fits.  The studio downstairs is retail space–which I see as a doorway to the rest of the world. The back opens onto an alley which is reflective of my introverted self.  (See post https://barbjbeyers.com/2014/09/15/a-room-of-ones-own/ for some pictures.)

There are 3 rooms, a bathroom, and an attic which are boarded up and used for storage on the other side of my bedroom wall.  That area has personal belongings from people from as early as the late 1800s–my landlord’s family–probably gold rush folk–who else settles up here?  Forgotten lives in trunks and boxes stacked four high.  Until now.

I’ve been a contented renter but now this place is up for sale…can I walk away?  Some part of me wants to… why take on the burden of owning at this late date? And this could potentially be a money pit–and me with no money…nary a pittance.  But can I walk away?

Something has a hold on me.  Perhaps it started with my strange fascination with birds.  I bought 20 birds to place in the studio window in the spring and summer; then I bought 20 black birds to put out in the fall and winter. My shelf above my sink now has birds and my fascination with birds seems to have bled over to the three people I work with–they all gave me gifts relating to birds (no, they have never been to my home).  When I told my mother about the strange gift of birds…she said, “Perhaps they were giving you the bird.” Then she cackled.

Then it was the crafts.  I’ve always been a creative person.  Mostly my gifts were organizational–then I cleared out the ‘junk in my trunk’ (think self-help and psychoanalysis) and I started freeing up energy and my hands took on a life of their own.  Crocheting, knitting, gardening, drawing, painting, mosaics, massage, Reiki.  But when I moved in here–it was definitely revved up a notch or two–especially the crafts.

Then the cats.  Ok, so I took on the responsibility of Maggie–my mother’s cat, when she could no longer take care of her and the only other option was to put her to sleep.  Then I got Maud, when the idea arose that Maggie might be lonely.  Maud? Who names a cat Maud?  Now please note, I am not a cat person–if I had my druthers–I would have a dog.  But my true desire was to have no animals so that I could be carefree and free to travel without the concern for a pet. But I have two cats, Maggie and Maud–and I do love them dearly.

Maud led me to the discovery of ORBS…WTF are orbs? When Maud was new to us…one night she was going ballistic–I thought, ‘how cute, I will video her bouncing all over the bed, keeping me awake.’  My Samsung Infuse captured orbs on the video. I wasn’t exactly sure what I was seeing–these balls of light that Maud so clearly saw and was chasing.  I wasn’t freaked out. I should have been freaked out. My mind was searching for an explanation that was logical…you know dust particles, car lights, etc. But my higher intelligence…got it.  I wish I could show you how I first saw the orbs.  Looking at the screen on my phone they are much brighter–they dim when processed by YouTube or Facebook.  Here is the first time I saw the orbs…uploaded on Facebook:  Orbs on Facebook

Some photos of the stuff I have found in the boarded up storage space: 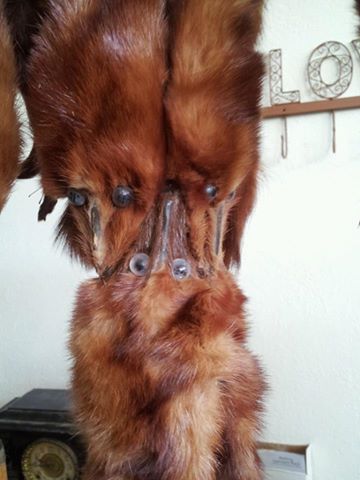 But this Blog really isn’t about orbs–as fascinating as they are.  It is about the people who have left us.  The people whose stuff is just on the other side of the wall.  Lives that were fully lived have been reduced to just stuff.  Stuff that no one cares about anymore.  But for some reason, I care.  I care that the diary written in 1905, about her firstborn daughter (Elizabeth Lucille) was going to go to the dump.  I care that the tchotchkes that were once someone’s treasures are now considered trash.   I care that so much of this community’s history will be destroyed.

So, little by little I have been digging through the stuff; it is dirty work.  Even with a mask and gloves, I come out with my eyes burning.  It is slow work; I  frequently stop to read a letter or a card or to look at a picture.  I make many trips down two flights of stairs to take the more valuable items into the studio to be sold at some later date.  My landlord came and took some items he wanted and to chop up the piano that was too big to move.  Yes, he chopped it up with an ax.  I was glad that he took the little diary about his aunt–Lucille Elizabeth–later known as Betty; I came to find out that this was her home.  Here is a video of what is left of the piano and my not so musical abilities: Piano Concerto for the Dead

As I continued to ‘meet the family’ through their hobbies, their clothing, their letters, etc., I started recognizing them in me or me in them.  Someone had a fascination with birds–there are bird books, and birds figurines.  (But I wasn’t fascinated with birds until I moved here).  And there are many craft projects–oh, that sounds familiar–I have an art studio downstairs.  I made a notebook to track and store gift cards–it mirrors one I found–so where did my idea come from?   Someone had a green glass collection–I have purple and blue.  Someone liked cats; I have two.  At first I thought that perhaps all homes mirror each other to a certain extent, then I found another diary.

And I got goosebumps.  The diary is about the birth of Maud Margaret in 1915–my landlord’s mother.   As I mentioned earlier in this Blog–I have two cats–Maud and Maggie.  I don’t know where the idea to name Maud Maud  came from–I don’t really like the name.  And why did I, too, leave the ‘e’ off at the end of Maud.  So on that side of the wall there was a Maud Margaret and on this side there is Maud and Maggie.  I am told that there was another daughter–whose diary I have not yet found–her name was Barbara.